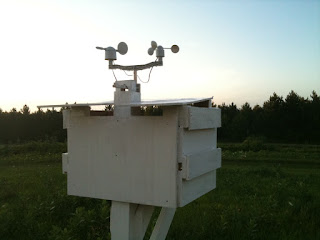 A new weather station has been installed at the vineyard. No more relying on near by observations. The information is streaming to the Weather Underground using wview software. You can see the obs updating once a minute here

The Weather station is an Ambient Weather WS-2080. It's far from top of the line, but will serve its purpose. I have it in a temporary spot right now, but I will move it to it's permanent location in the spring.

I got to test out the precipitation gauge this afternoon. It read a bit low compared to a nearby rain guage. This may be due to the strong winds during the storm. I will try to correct this issue when the station is moved to its final location.

Black Rot. Yes, it is as bad as it sounds 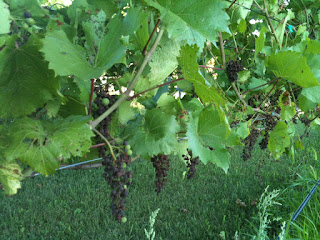 For the first time, I am seeing significant black rot in the vineyard. The infection was seen on the leaves as early as June 20, but the grapes showed the tell tale signs on July 18. In about a 48 hour period the fruit went from looking like a huge beautiful crop to shriveled black raisins.

I primarily see the problem on just the marquette and frontenac. Most of the others have just a tiny bit. I estimate the crop loss on the marquette to be greater than 90%, the frontenac loss is about 70-80%. All other varieties have less than 5% loss.

The heavy June rains at the vineyard coupled with the poor drying conditions throughout the entire month probably facilitated the severe infection.

A couple of interesting notes..... the Marquette were the hardest hit. When I look at the disease susceptibility in the Midwest Spray guide, it says slightly (the lowest rating). I see little or no black rot on the lacrescent and lacrosse, which are classified as moderate and very susceptible respectively.

The Marquette are probably located in the part of the vineyard with the best air flow.... however.... the rows are only spaced 8 feet apart (probably a bad choice for many reasons) All other rows in the vineyard are spaced 10 feet apart, including the frontenac. I'm not convinced row spacing is a huge factor here though. At the most likely time of infection, the shoots were pretty small, and the closeness of the rows did not inhibit airflow significantly.

I have also learned from a couple of other growers that they too have seen significant black rot issues this year on marquette. This leads me to believe that marquette may be significantly more susceptible to black rot than has been published.

So how do I avoid this from happening again ..... follow the the recommended spray schedule! My spray program was much more intensive this year than in the past, but I missed the pre-bloom spray. This was probably the biggest reason for my infection. In general I use organic sprays in the vineyard when possible, but black rot is a different animal than powdery mildew and downy mildew.

Posted by Jerrold at 7:06 PM No comments: 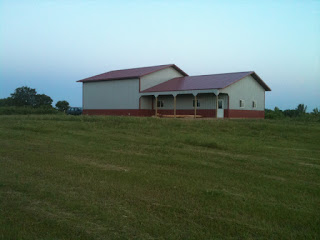 Posted by Jerrold at 7:50 PM No comments: 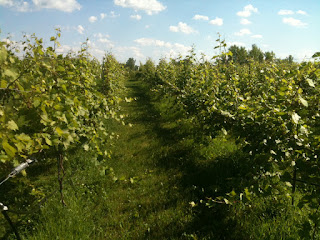 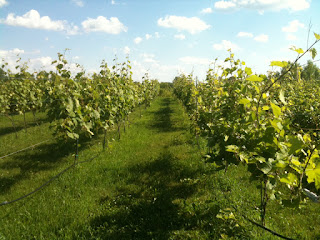 Posted by Jerrold at 4:30 PM No comments: