This year I am trying something new, well new to me anyways; I am attempting to propagate some grape vines. Actually, this isn't really my first attempt, I made an attempt a few years ago. That attempt involved following some instructions from other growers and a little that I read. That attempt resulted in zero% success. My attempt this year was my first serious attempt with a commercial product.

The method of propagation commonly used for grape vines, involve obtaining a cutting from the desired cultivar, and then putting it in the appropriate environment to establish a root system so that it can be later planted in the vineyard.

My plan this year was to propagate a few different cultivars to replace some vines (about 100 vines total) that died shortly after planting, mainly st pepin and prairie star.
Before I go any further, I need to mention that many popular cultivars are patented and you can not legally propagate patented cultivars without a license/permission. The vine breeders do a great job developing new cultivars, seek permission before propagating a patent cultivar. Even if they request a fee, it will still be cheaper to propagate yourself. The cultivars I mentioned here ( st pepin and prairie star) are no longer protected by a patent.

The commercial product I used to do the propagation was made by Pronto Plant. I saw their product at the Wisconsin Grape Growers annual conference. I had already planned to buy the root stock from one of my "go to" suppliers, but I did the math, and realized that to do the propagation myself I could save about $400 and was definitely the route to go. Pronto Plant's complete system was in the $55-$60 range (check amazon for the latest pricing). So I was looking at a cost of about .50 to .60 per vine. That's 1/5 to 1/10 the cost to buy from a nursery! (Note I will still buy vines from commercial nurseries, but usually only cultivars that are patented or for which I don't have cuttings.)
The Pronto Plant kit consisted of 110 soil filled biodegradable cylinders and a reusable crate that holds them. They also sell a jar of rooting gel. I got that also. ( I don't recall what they charge for that.... I think about $5 -$10). Although it is not required, I also bought a heating mat from Menards for about $15.

One tiny criticism of the product, some basic instructions were available, but some more detailed instructions for first time propagaters would have been useful. However, their sales team was extremely responsive, so questions I had were quickly answered.

I did make at least a couple of mistakes.
1. I started the cuttings too early. I started them at the end of January, but I probably should have started them in mid March.
2. I put them in a closed small 2'x1.5'x5' indoor greenhouse. A small fan should have also been used. I had some mold issues after about 5 weeks.

My results..... I had a 85% (or greater) success rate. It was probably closer to 95% before the mold issues, still, I think pretty good for a first time propagater. Of course, I guess I can't really call them a success until I have them in the ground and growing, but so far I have been very impressed with the Pronto Plant system.

Note: I have not been promised or given any compensation regarding the product mentioned above. These are just my experiences with it. I took the time to mention my experiences because I had good success with it and the company is a small local company. (They are out of Green Bay) 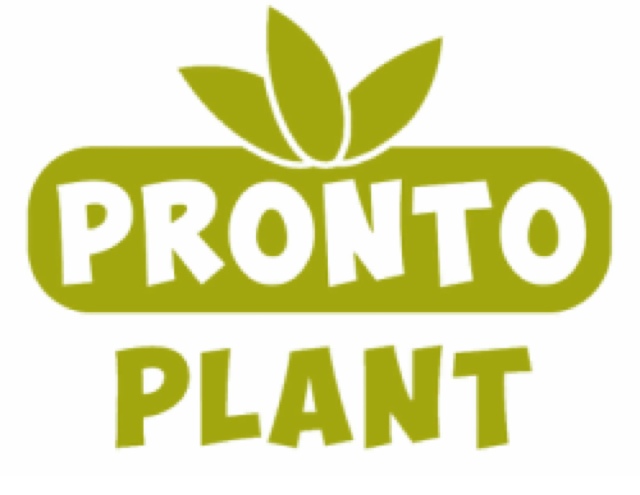 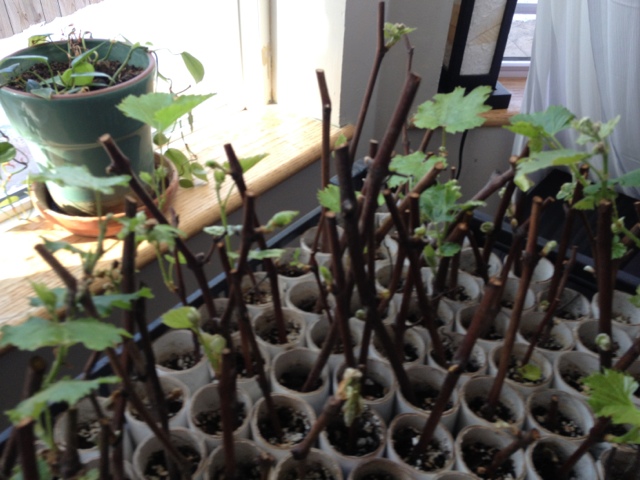 Posted by Jerrold at 7:34 AM No comments:

We are getting a late start on pruning this year, but things are moving along.  Last year we had the hottest March on record, this year paid us back with a cold one.

It remains to be seen if bud break will be delayed, but things can move quickly.

Foch is an incredible producer.  Reliable and disease resistant.   We will probably stick with the same bud count as last year (~50-60 buds per vine.)

LaCrosse is our mystery cultivar.  In 2011, we could not get it close to ripe.  We pruned it very severely in the spring of 2012.  (maybe 15-30 buds.)  But we still had a nice harvest.   Quality was the best I have seen in 10 years!  We will probably use a similar strategy this year.

Frontenac.  Had a very nice harvest.   We will probably shoot for a similar bud count as last year. ~50-60 buds.

Prairie Star. We are bumping up the bud count slightly.   Not sure what caused the lower yield last year.
-maybe poor polination
-poor nutrients (it is in the sandiest part of the vineyard)
-rose chafer damage during polination
Quality was excellent however.

Posted by Jerrold at 5:20 PM No comments: