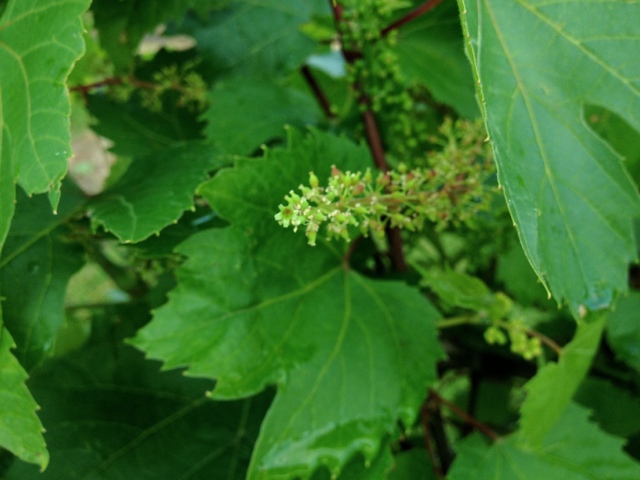 About 5% of the 5 year old Marquette, 6 year old Frontenac, and 6 year old La Crescent have begun to bloom.   This is about 4 days behind the vines in Madison.

The Rose Chafers have also returned.  I only spotted 3 total,  but all three were on a new planting of Frontenac Blanc.   This is only a couple of days later than average, and about 10 days later than last year.

Jack Ford and I tried to get some work done this evening, but then a short burst of thunderstorms went through didn't let us get much done.   We did get to see  a nice rainbow though. 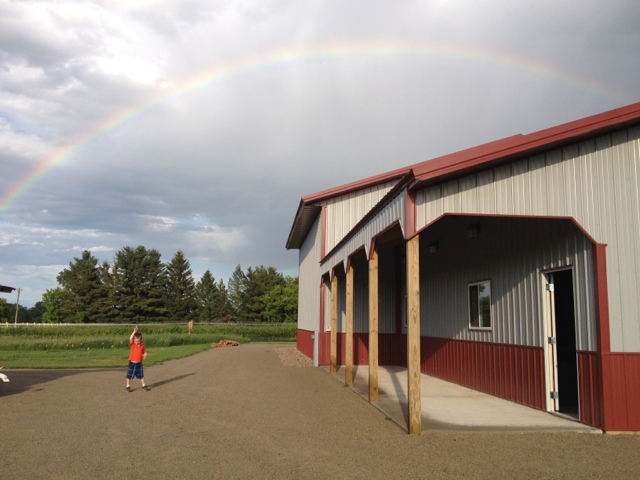