The rose chafers have returned. It's about 2 weeks earlier than usual. Luckily damage from them should be manageable this year. They mostly affect young vines, and most of the vines are 4 years old or older now.

We may see some damage to flower clusters, which may affect yield, but for the most part we should be okay.
Posted by Jerrold at 7:22 AM 2 comments:

We had tremendous growth in the last 10 days. Nearly all varieties have shoots 15"+, and many shoots are 24" or more.

It looks like Marquette, Frontenac, and Lacrescent will bear full crops. Foch will be at about 2/3 full crop due to grape flea beetle damage.

Prairie star will be about a half crop. Not due to any pest or frost damage, but because it is growing much more slowly, and the vines are far less mature than other cultivars . They were planted in 2007, and are taking a long time to establish. They are in the sandiest area of the vineyard, and the three year drought which started in 2007 didn't help. 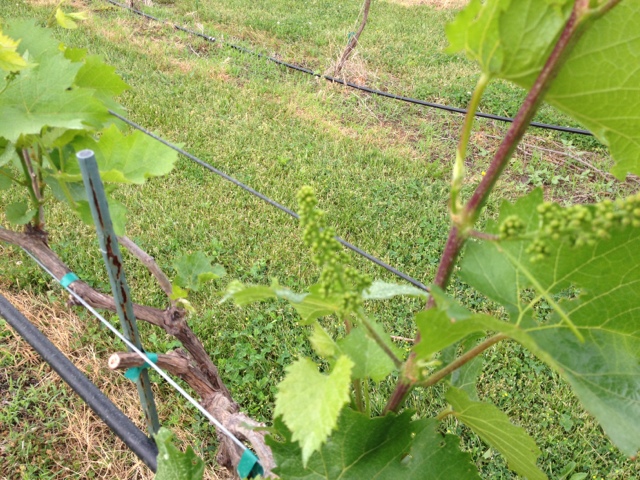 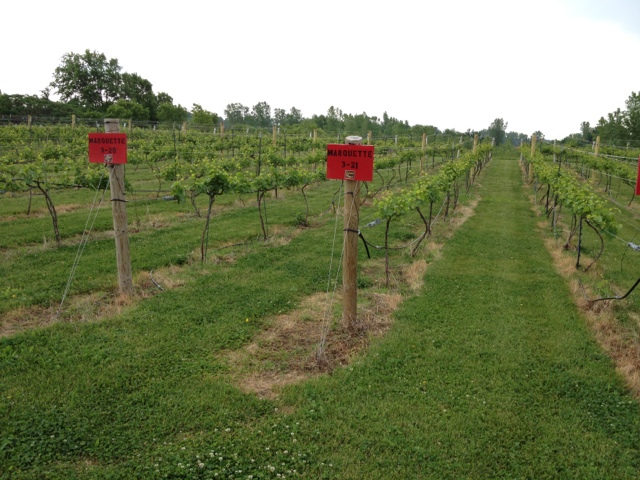 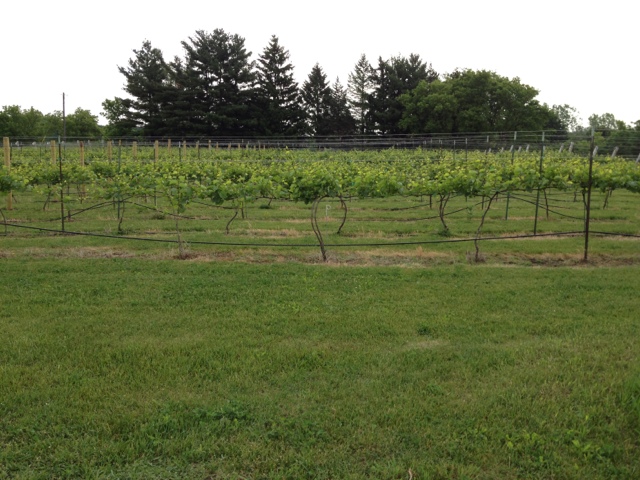 Posted by Jerrold at 4:11 PM No comments:

Marquis grapes in bloom in Madison

The seedless table grapes, Marquis, are in bloom in my front yard in Madison. Sampson Valley Vineyard is usually about 2 weeks behind Madison. I would guess bloom should start there about June 9. 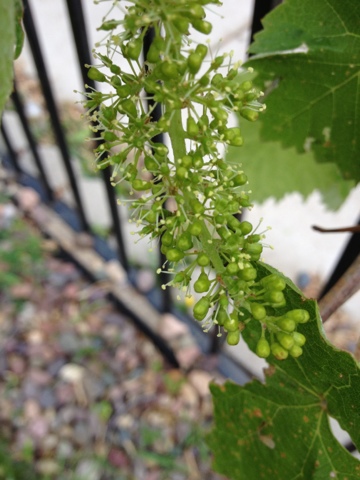 Posted by Jerrold at 2:19 PM No comments:

I started putting out the new row markers my brother and nephew made.  They will make finding the right row a lot easier.
That last image is of some marquette buds.  They are looking good right now.   Damage from the grape flea beetle looks less than I feared. 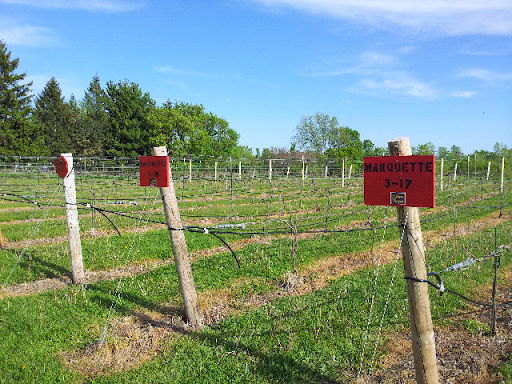 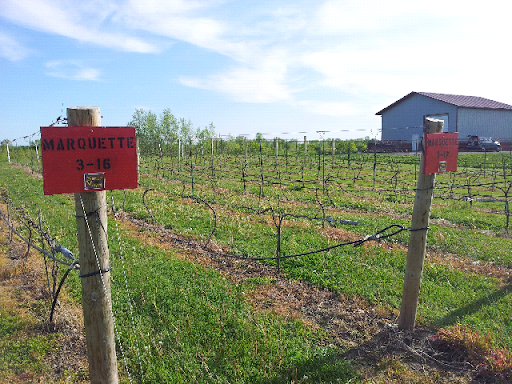 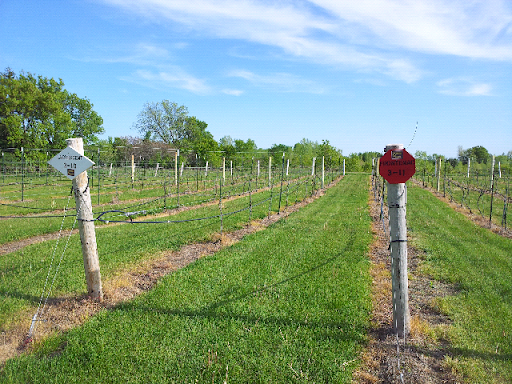 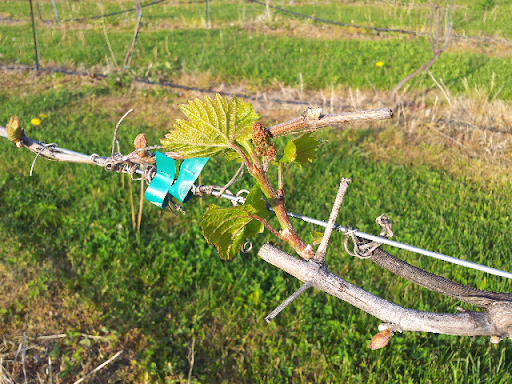 Posted by Jerrold at 5:58 PM No comments: 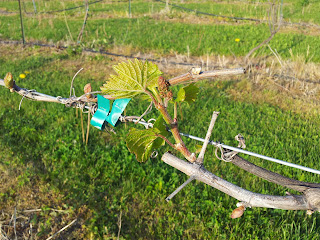 Bud break occurred over the period of May 2nd - May 10.   All cultivars have now broken bud.   Damage from frost and grape flea beetles appear to be much less than I feared.

Posted by Jerrold at 6:57 AM No comments: