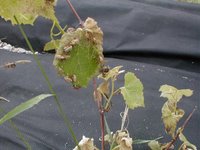 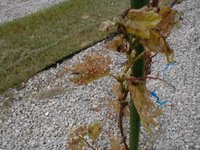 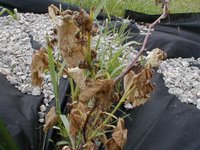 I think I saw only 3 or 4 vines from the Cab Franc, Merlot, and Chardonnay that did not
have leaves.
Posted by Jerrold at 10:17 PM