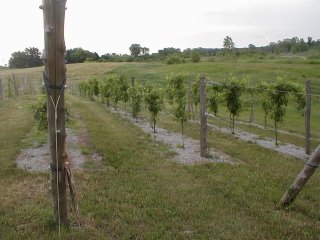 Things looked pretty good the weekend of June 17-18. It was hot and windy this weekend. On Saturday, it hit 91F. Unfortunately, it has been a couple of weeks since the vineyard has seen any substantial rain. We could really use some right now.

The spraying last weekend seems to have been effective. I saw only a handfuls of rose chafers on the vines. I saw almost no signs of the grape flea beetles nor their larvae. The rose chafers were devouring a nearby rose bush and every milk weed in the area. 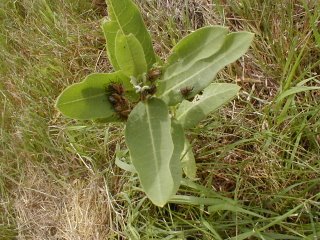 Speaking of insect damage. I did see something very interesting. In the vinifera, I purposely left any milk weeds I saw last weekend. This weekend the milk weeds were devoured by some type of insects. Completely skeletonized/defoliated. But I have never seen a bug on any of the vinifera or any damage from insects. What's protecting these? The root stock? The varietals?

I gave the vinifera a good weeding/tiling in preparation for the high tunnel. The fence seems to have discouraged the deer over the last week. At least I didn't see any fresh deer damage. 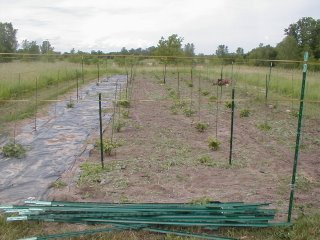 Vines at the park have entered full bloom. A little later than I would have expected since everything had been early up until now, but the cool May and cool shots during June slowed things down a bit. 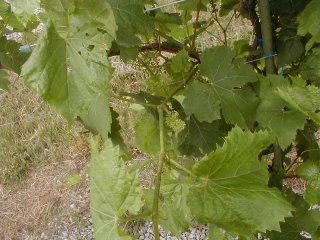 Herbicide damage?
On Saturday, the vines at the park looked fine, but come Sunday, they had curled bubbly leaves. Looks like maybe herbicide damage? Possibly 2-4d drift? I have read that 2-4D volitilizes in hot weather. Since we haven't had a rain in so long, the herbicide may actually be from several days ago? Just guessing. 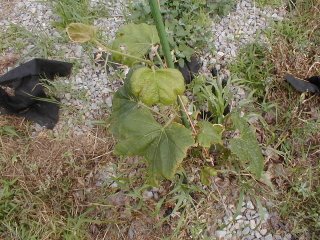